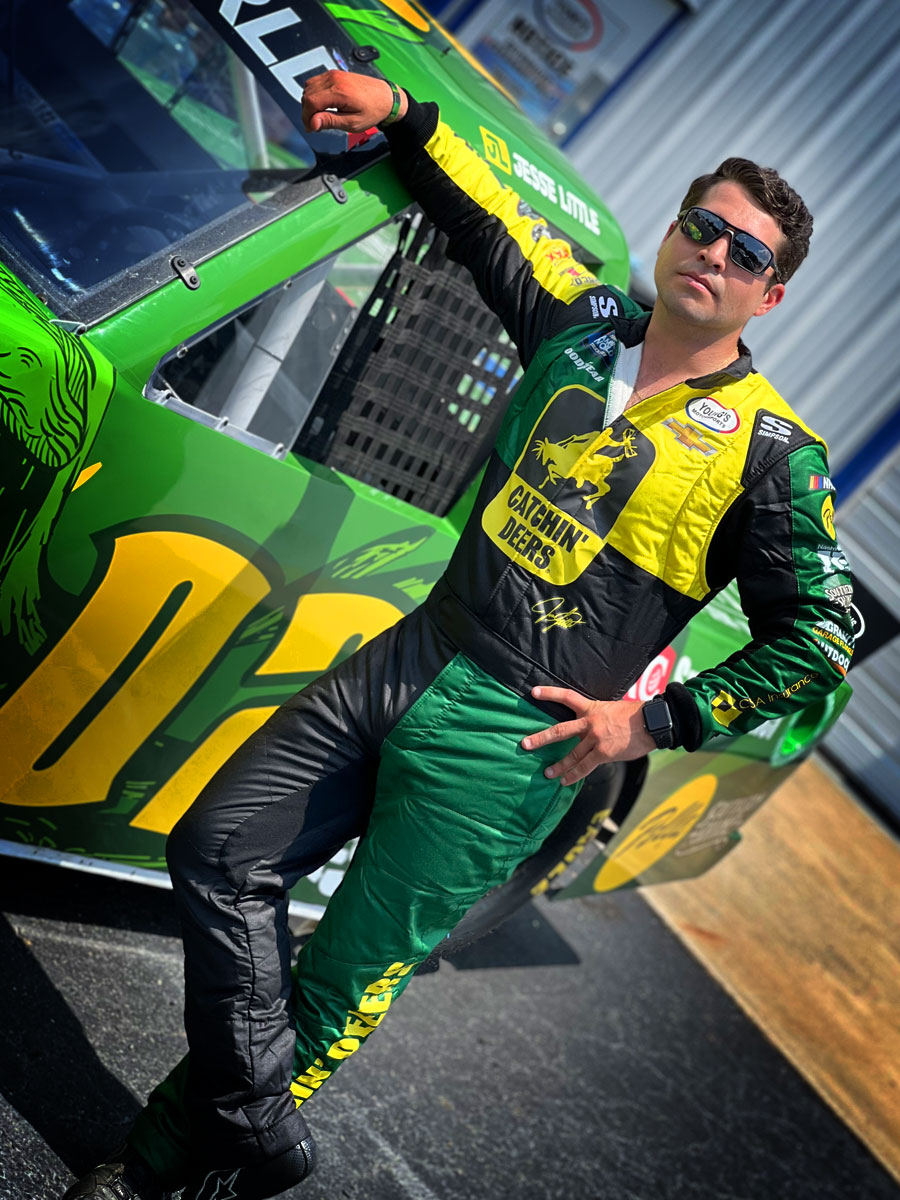 For Jesse Little, a 25-year-old, who grew up in the heart of racing country and graduated from The University of North Carolina at Charlotte, his future path is crystal clear. He wants to be a professional race car driver. And with wins in NASCAR’s K&N Pro Series East at New Hampshire and Iowa, Little is well on his way to making that dream a reality.

“I’ve pretty much been around racetracks as long as I can remember,” said Little, “Some of my earliest memories are of my birthday parties at racetracks, when my dad was racing in the Cup series.”

Little's father, of course, carved out a nice career for himself as a driver. Chad Little made more than 200 career NASCAR Sprint Cup Series starts and perhaps is best-known for driving a John Deere-sponsored car owned by Jack Roush. For Jesse, being around racing from a young age afforded him the opportunity to develop a deep understanding of racing and race cars, and he’s translated that experience to success on the track.

Harold Holly has spent nearly three decades in the racing industry as the Competition Director at GMS Racing. He has known Jesse Little since he was a child and has played a key role in Little’s development as a racer. According to Holly, Jesse Little’s rare ability to combine an unyielding desire to win, an analytical approach to racing decisions, and an unmatched work ethic is what separates him from the competition.

“He has so much drive, he’s so athletic, his comprehension of the engineering aspects of the car – it amazes me,” said Holly.